AMI’s College Faculty  is comprised of faculty members who currently teach at prestigious colleges & universities around Chicago. This program is intended for serious minded and more advanced players. Lessons are available for classical, jazz, and world music. 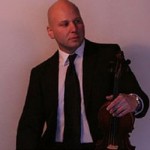 Remus Badea (Violin/Viola Professor at Elmhurst College) has studied with notable teachers such as Mihaela Ashkenazi of the Chicago Symphony Orchestra. While growing up in Chicago, he performed regularly with many different orchestras as a member and concertmaster, chamber musician, and solo performer.

After graduating high school from the Chicago Academy for the Arts, he received his Bachelor and Masters of Music from the Univ. of Cincinnati-College Conservatory of Music(CCM) in Violin Performance while under full scholarship, where he studied under world-renowned violin teachers Dorothy Delay of Julliard, Won-Bin Yim and Piotr Milewski. Read more >>

Tomás Gueglio Saccone, from Buenos Aires, Argentina holds a BA from the Facultad de Artes y Ciencias Musicales de la Universidad Católica Argentina, a Masters from the Setnor School of Music in Syracuse University, and a PhD in composition at the University of Chicago where he has taught for several years. He worked as as a session guitar player for performances and recordings in a varied array of genres such as rock, pop, jazz, and tango. Read more >>

Ben Wulfman (brass / percussion) is an active freelancer and teacher in the Chicago area. Having received a B.M. degree in French horn performance from the University of Michigan and a M.M. degree in French horn performance from Northwestern University, Wulfman is in demand as an orchestral and chamber music performer. Read more >>

Dan Hennel (Piano Professor at Elmhurst College) received his BA with a Major in Music and a Performance Certificate from Elmhurst College, where he studied with Chris Garofalo. He also holds a Masters of Music in Piano Performance from Northern Illinois University, where he studied with Don Walker. Mr. Hennel has experience as a soloist and as an accompanist throughout the Chicago-land area. He also is a published composer and arranger. Mr. Hennel currently is on Faculty teaching piano at Elmhurst College along with performing regularly. 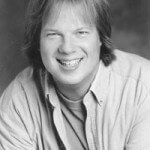 Steve Suvada (Guitar Professor at Loyola Univ, Elmhurst College and Harper College), having just recently completed a series of 14 concert performances as a featured soloist with the Joffrey Ballet, guitarist Steven Suvada has appeared as a soloist with over 30 different symphony orchestras across the country, including the Miami Beach Symphony (playing the Concerto in D, Op. 99 by Castelnuovo-Tedesco), DePaul University Symphony at Orchestra Hall (Concerto in D major by Vivaldi), the Civic Orchestra of Chicago (Concerto de Aranjuez by Rodrigo), and the Harper Symphony Orchestra (Concerto in A major, Op. 30 by Giuliani). Having performed in music and fine arts festivals across the country, Suvada’s performances have taken him to such venues as Orchestra Hall in Chicago, Milwaukee Performing Arts Center, and the Folger-Shakespeare Theater in Washington D.C. He has appeared on TV and radio innumerable times, including “Weekend Edition” on WLS TV (ABC Chicago) and WNIB FM/Chicago. This past summer featured outdoor performances at music festivals in Minnesota, Ohio, Indiana, Iowa, Kentucky, Wisconsin and Illinois in front of crowds as large as 250,000. Read More >>