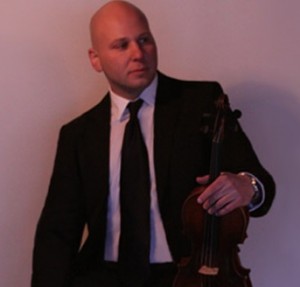 Remus Badea has studied with notable teachers such as Mihaela Ashkenazi of the Chicago Symphony Orchestra. While growing up in Chicago, he performed regularly with many different orchestras as a member and concertmaster, chamber musician, and solo performer.

After graduating high school from the Chicago Academy for the Arts, he received his Bachelor and Masters of Music from the Univ. of Cincinnati-College Conservatory of Music(CCM) in Violin Performance while under full scholarship, where he studied under world renowned violin teachers Dorothy Delay of Julliard, Won-Bin Yim and Piotr Milewski. He has been a featured performer in masterclasses with Piotr Milewski, Sandra Rivers, James Tocco, Erez Ofer, and members of the Tokyo String Quartet, amongst others. While at CCM he was recipient of the prestigious Heerman Award and Starling Award.

Mr. Badea has participated and performed during the summer with CCM “Music ’97 & ’99”, Aspen Music Festival and Bard Music Festival. Mr. Badea’s most recent accolades are being a featured performer on International TV and Radio. Solo featured soundtrack on the movie ‘The Swing’. Soloing with the Southwest Symphony Orchestra and performing solo recitals throughout the Chicagoland area. Currently, Mr. Badea is Concertmaster of Southwest Symphony Orchestra, adjunct professor at Elmhurst College, and Executive Director of American Music Institute.