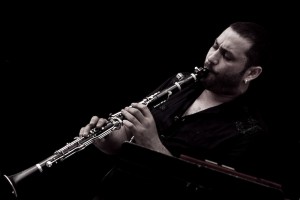 Benefits of Music for Adults

We spend a lot of time evaluating the positive effects of musical study on children’s abilities to succeed in other academic subjects, but the benefits of making music a priority continue regardless of the age of the participant. We know that music aids with brain development, so it follows that continuous study or exposure would continue to support brain activity. The Alzheimer’s Foundation of America states that “[w]hen used appropriately, music can shift mood, manage stress-induced agitation, stimulate positive interactions, facilitate cognitive function and coordinate motor movements.” These benefits are significant and make a strong case for participating in musical activity even in adulthood.

Because musical activity engages multiple areas of the brain at once instead of one specific area, studying music trains the brain to improve connections between those areas. Brain involvement with music also changes with education, and a study from Bakin, Edline, and Weinberger demonstrates the importance of musical learning to brain response to specific tones and melodic contours. The study reveals that with more musical study and training, greater brain response is developed. Of course, this benefit comes regardless of age, and while early musical study is beneficial to brain development, continued or later musical study still results in increased brain activity.

Musical participation is a psychomotor skill, which also means that the coordination between complex thought and fine motor skills is developed by learning to make music whether with the voice or an instrument. Other physical benefits to musical study also include the ability to lower blood pressure through learning controlled breathing, a skill which is necessary to singing or playing brass and wind instruments. The concentration required to study music also provides a healthy outlet from the stress of a work or other obligations.

As the brain ages, many find themselves struggling with Dementia and Alzheimer’s disease, and music therapists have found that sufferers benefit from musical activity. Researcher Linda Maguire notes that “Musical aptitude and music appreciation are two of the last remaining abilities in patients with Alzheimer’s Disease.” By engaging in musical activity, sufferers continue to stimulate multiple areas of the brain while gaining confidence through ability. Dr. Aniruddh Patel explains the connection between musical study and the confidence that results from pattern recognition. This feeling of empowerment may significantly improve the outlook of a person struggling with Dementia who may otherwise feel powerless amidst all the changes which come with age. Because music elicits emotional response, familiar songs may even help patients to recall associated memories.

Though we generally consider education to be completed following either high school or university, choosing to study music as an adult carries significant benefits. For the aging adult, musical participation is a healthy way to stimulate the brain while maintaining an emotional connection to memory which may even help Dementia and Alzheimer’s patients to improve.